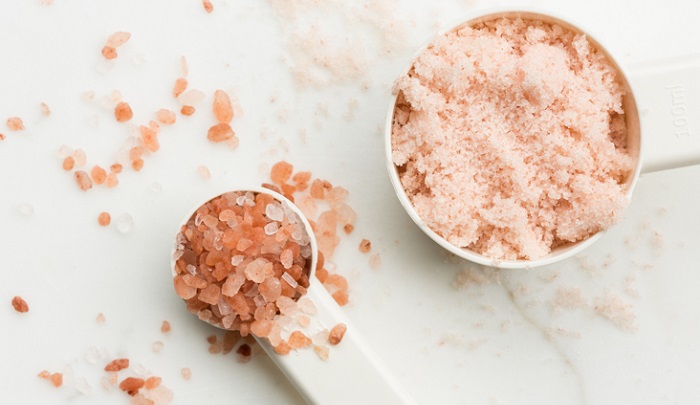 Himalaya salt is a product that has become popular in supermarkets and health food stores.

While its characteristic pink color is pleasing to the eye, this is not to say that Himalaya salt is much healthier.

This article analyzes the differences between the properties of Himalaya salt with common salt and what is really due to its color.

What is Himalayan salt?

The Pink Salt or Himalaya is the pink-colored salt extracted from ancient mineral deposits. The primary source of what is known as Himalaya salt in the world is found in the Himalayas and the Andes mountain range.

In both Himalaya salt and table salt, the chemical compound sodium chloride is the main ingredient. However, they may have some differences.

In less quantity, it contains additives so that it does not agglomerate, as well as in some cases, it is enriched with iodine and fluorine. The color in the Himalaya salt is due to the iron oxide present in minimal concentrations. In some cases, producers can add it through a vaporization process.

Himalaya salt properties: Why is it pink?

One of the main properties of Himalaya salt is the presence of iron oxide.

Due to a small concentration of iron oxide, 0.004%, natural Himalaya salt gets that particular pink color.

In addition, some Himalaya salt producers force sodium vapors over the crystals to obtain a more intense color. (1,2)

The chloride ions, Cl, combine with the metal ions to achieve that pink color. These crystals are present in less than 2% of the total mineral concentration.

And in reality, there is no scientific evidence that they have a benefit or that it is one of the differences in properties by which it can be said that it is healthier.

Is sea or Himalaya salt organic?

No, none of these products are ecological. The natural deposits built for thousands of years are modified to extract this type of salt. In addition, energy is invested in transportation to all parts of the world.

Although it is a product without additives or preservatives, so it can be classified in the category of organic foods. It cannot be said that one of the properties of Himalaya salt as a product is to take into account the environmental balance.

Sea salt and rock salt (or Himalayan salt) are two products that are currently offered in the market as an alternative to table salt. The main difference from common salt is its extraction process.

Sea salt is obtained through the simple process of evaporation of seawater. Himalaya salt is the one extracted by reserves in the deposits of the mountain ranges.

In the case of common salt, it is obtained by refining salt from deserts or salt reserves. The mineral content is different but not significant. The differences between the properties of Himalaya salt, common salt, and sea salt are detailed in the following table:

Composition table of the different types of salts. Source

Table salt is not a toxic product as long as it is used responsibly; the most important thing is not to exceed the amount. In the past, salt had enormous value; even the word “salary” comes from the Latin salary, which means “portion of salt.”

The Romans used it as a bargaining chip and compared it to gold. Currently, reducing salt intake is one of the main recommendations of nutritionists worldwide. How did it go from being so valued in ancient times to being condemned today?

To answer this question, first of all, we must know that the products we consume are not the same as in the past; in today’s food industry, additional salt is added to most foods, so it is no longer a vital need to add sodium. to meals to enhance the flavor.

Salt does not contain calories, so it cannot be said that it is a fattening product. However, consuming more than the recommended amount of salt; gives a puffy appearance. This is due to an increase in total water retained in the body. Any type of salt in excess, including sea salt and Himalayan salt, is harmful to the body.

The alternative to table salt; is Himalayan salt contains 45 mg of daily calcium intake: 1000 mg; 5 mg of magnesium. Daily intake of 300 mg; 0.7 mg of iron: daily intake of 10 mg. Following the logic, to meet the daily requirements with salt consumption, you should eat half a kilo per day. Something that would be counterproductive to health. Therefore, to say that one of the excellent properties of Himalaya salt is its content of vitamins and minerals does not make sense.

Dr. Alana Tinline is Medicine, graduated from the University of the Republic of Uruguay. Degree in Management Competencies in Health. My training and professional goals are based on a comprehensive Western medicine approach with alternative therapies to achieve a holistic view of health: soul, mind, and body. Vegetarian on the way to veganism, mother of four four-legged children, lover of nature and simplicity. Love above all.