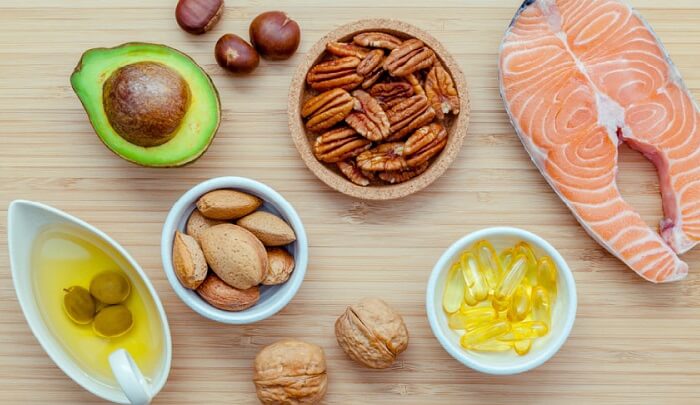 One of the most prominent scientific studies published this year examines the effect of dietary omega-3 fats on chronic headaches. The associative study by Ramsen and colleagues provides good evidence that a diet rich in omega-three fatty acids reduces the frequency of headaches compared to a diet with an average intake of omega-three and omega-six fatty acids. 1

For a long time, it was believed that the cause of migraines is heredity (about 60% of cases are familial) and various environmental factors. The new research suggests that nutrition appears to be a factor to add to the list. Researchers show strong evidence that chronic omega-3 deficiency could be the culprit in high omega-6 intake.

Migraine is the primary form of headache, characterized by moderate to high-intensity painful symptoms. Generally, this pain is located in the middle of the head, has a throbbing character, and lasts from 4 to 72 hours.

According to statistics, about 12% of the population in developed countries regularly face migraines, with a significant prevalence among women. 2

In the acute phase, a migraine can be so severe that a person not only experiences hypersensitivity to light, sounds, and smells, pain in the head and eyes, but even begins to vomit; this requires hospitalization and several days of recovery afterward.

So how are dietary fatty acids connected to migraines? Omega-three and omega-six fatty acids are precursors to oxylipins, which are involved in regulating pain and inflammation. Derivatives of omega-three fatty acids are associated with antinociceptive and anti-inflammatory effects. In contrast, in experimental models, oxylipins derived from omega-six fatty acids worsen pain and cause migraines. 1 However, previous studies had not generated strong evidence on the benefits of omega-3 fatty acid supplementation for migraine headaches, hence the novelty of the new study.

How did they check it?

Published in the leading medical journal BMJ in July this year, the study consisted of detailed nutritional analyzes of 182 hospitalized patients over 16 months. The average age of the participants was 38 years, 88% of them were women. 2

Each of the participants was assigned one of three diets. Two of them were rich in omega-3: around 1.5 g / day (in the form of EPA and DHA) and with different proportions of omega-6 (in one case, 7% of total calories, in the other less than 2%). The third diet was low in omega-3 (less than 150 mg/day) and high in omega-6 (7% of calories).

Before the study began, participants experienced migraines on average for 16 days for a month. At the end of the study, participants with a high intake of omega-3 foods reported a 30-40% reduction in pain duration, and the number of migraine days decreased by 4 days per month.

The researchers note that the rates are comparable to, and even ex,ceed the efficacy of, currently registered migraine medications, which can reduce the number of days with migraines by just 2 to 2.5 days per month. 3

These results support the recommendation of a diet high in omega 3 to patients in clinical practice. But they face the main barrier to the success of any dietary intervention: adherence. Strict diets require time, financial investment, and changes inhabit.

Therefore, it will be crucial for future research to determine how easy or difficult it is for patients to implement diets rich in omthreega three fatty acids at home, with or without reducing their omega-6. A clear template developed by nutritionists and patients would be valuable in helping migraineurs stick to these diets for long periods.

Finally, it is reassuring that diets rich in omega-3s increased 17-HDHA as expected, supporting the concept that there is biological support for the study findings.

Differences between omega-3 and omega-6

Both omega-3 and omega-6 are polyunsaturated fatty a have a double bond in a chain of atoms. The chemical formula for “good” omega-3s is no different from the formula for “bad” omega-6s; the difference lies solely in the location of this double bond.

However, omega-3s are predominantly found in oily fish and, in significanfewerless amounts, in some vegetable oils, while omega-6s are a crucial component of most oils used for cooking.

For example, sunflower oil can contain up to 70% ome. Up to 7 g of these fatty acids are present in one tablespoon. Corn oil has about 30-60% omega-6, depending on the variety of corn and the production method—soybean bean oil – 55%.

Sunflower, corn, and soybean oils are the basis of industrial food production. They are used for French fries, found in pop co as most cookies and other sweet cakes, and even breakfast cereals.

In the 1980s, after it became clear that saturated animal fats could be harmful to health, the food industry massively replaced saturated fats with cheap high-omega-6 vegetable oils, positioning them as “more beneficial” to consume—cholesterolerol levels. However, there are practically no official recommendations on the differences between omega-3 consumption.

How to eat more omega-3 to reduce migraine?

First, the study authors recommend reconsidering the overuse of certain industrial vegetable oils, such as sunflower, corn, and soybeans. 3 A helpful replacement might be olive oil or canola ocontainingtain minimal omega-6s).

The second step is to eat fatty sea fish at least 1-2 times a week. This can be salmon, salmon, or t and as more budget-friendly mackerel, sardines, anchovies, and tuna. This fish contains omega-3s with a high absorption rate.

Additionally, omega-3 plant fats are found in walnuts, chia seeds, and flax seeds. Ensuring these products are present in your daily diet will help you achieve omega-3 amounts and may help you fight migraines, rememberingring that they are significantly cheaper than supplements.

According to recent scientific studies, a lack of omega-3s (fish, nuts, chia seeds, flaxseed) can lead to migraines and chronic headaches. This has been seen in the context of excess omega-6s in the diet (sunflower, corn, and soybean oil). Many people with migraines are highly motivated and interested in changes to their diet, and doctors may be able to provide information on the diets described in the study.

Dr. Alana Tinline is Medicine, graduated from the University of the Republic of Uruguay. Degree in Management Competencies in Health. My training and professional goals are based on a comprehensive Western medicine approach with alternative therapies to achieve a holistic view of health: soul, mind, and body. Vegetarian on the way to veganism, mother of four four-legged children, lover of nature and simplicity. Love above all.